Home Blog The World’s Best Castles (According to Us)

The World’s Best Castles (According to Us)

We visit a lot of different attractions on our travels, but we never pass up a castle. There aren’t a lot of them where we’re from. In fact, many of these ancient stone structures predate our entire country. Looking over those walls, imaging fantastic battles from history or fable and the knights and princesses that called them home… it’s basically magic. So we visit as many as possible. We started to lose count somewhere in the dozens; here are eight of our favorites. 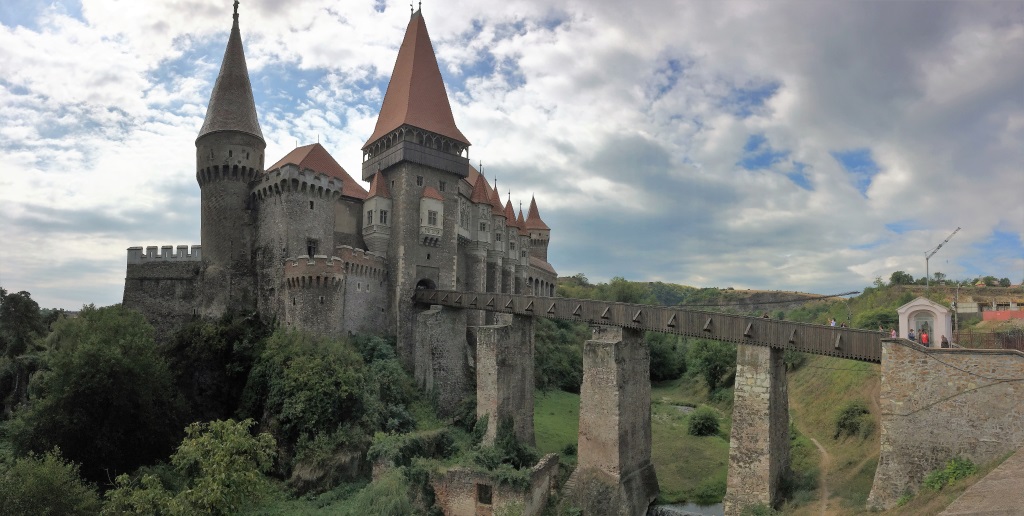 Romania is a land of haunting castles, and perhaps the most intimidating of all is Corvin. It is one of many castles associated with Vlad the Impaler and touted as an inspiration for the legend of Count Dracula. It also bears a striking resemblance to Hogwarts – at least the movie version. But those conical spires look a lot more at home in Greater Transylvania than Great Britain. While the interior is pretty bare in terms of exhibits and reconstructions, the exterior is so fairy-tale beautiful that it easily earns a spot on our list.

Read more↗ about our stay in Timișoara 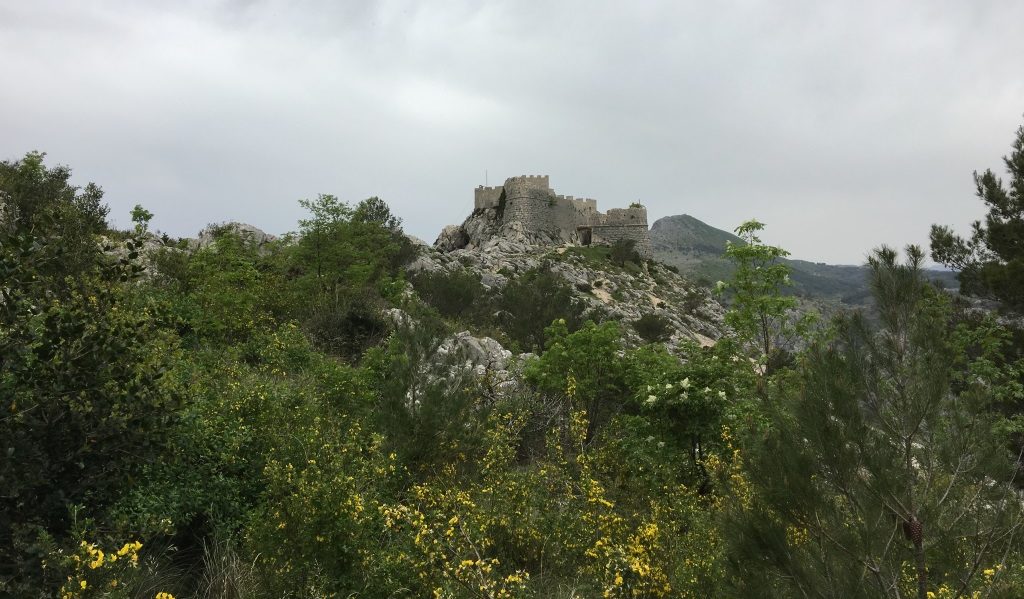 Small, as castles go. But this fortification high atop a seaside cliff in Croatia is a personal favorite of ours. Two hiking trails lead up the hill, one from along the Cetina River, and other tucked between houses at the very back of downtown Omis. Once at the top, peregrine falcons dive► just out of reach and the razer-thin ribbon of houses nestled between land and sea sprawls into the distance. There was nobody around to charge admission when we arrived, so we busied ourselves exploring the chambers and enjoying the brisk, clean Adriatic air from atop our own private castle (at least for a little while).

Read more↗ about our stay in Split

For almost as long as there have been people in what is now Lisbon, there has been some sort of fortification on São Jorge Hill. The current structure dates to the Moorish era, long before the more-famous Belém Tower just down-river. It boasts an interesting and lively grounds, with walls and rooms to explore, detailed exhibits, restaurants in the courtyard, and even peacocks roaming the rooftops. Most of all, it features supreme views of Portugal’s capital city.

Read more↗ about our stay in Lisbon 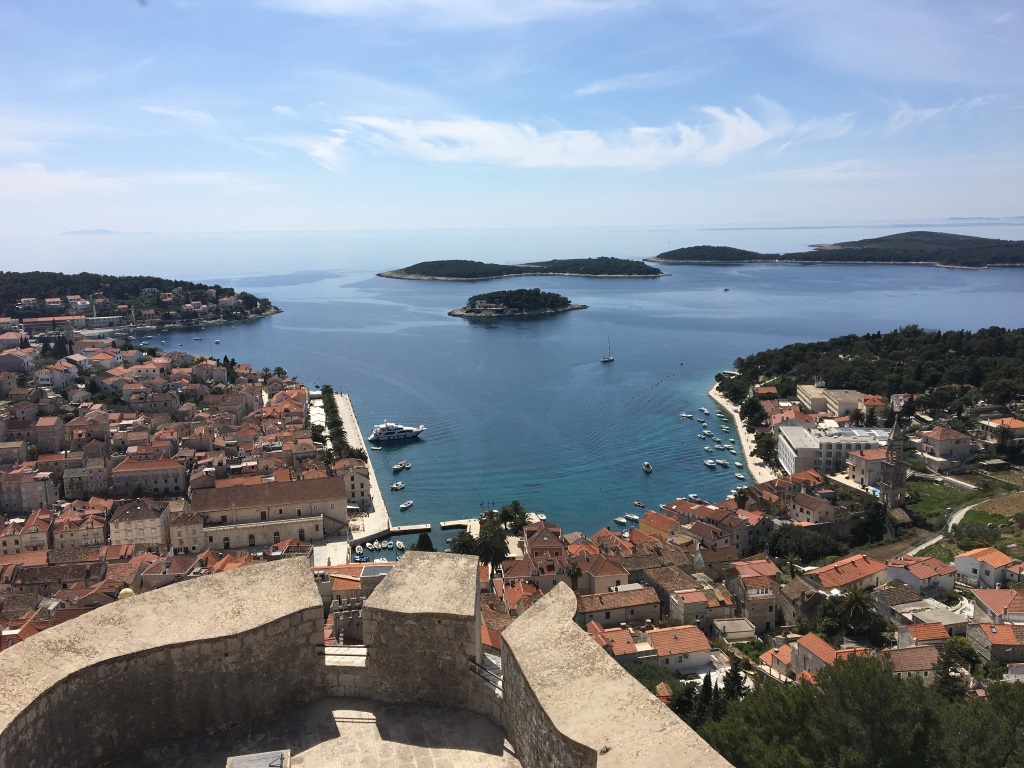 Hvar town, on the island of Hvar (in the Hvar district) is famous as a summer playground for the rich. But when we visited in the spring shoulder season, it felt like there was nobody on the island but us. High above the town sits the Spanish Fortress, so named because Spanish engineers contributed to its construction in the 14th century (apparently a big enough deal to secure naming rights for seven hundred years). The walk up is pretty by itself, but the unparalleled vista is what earns this castle a top spot. 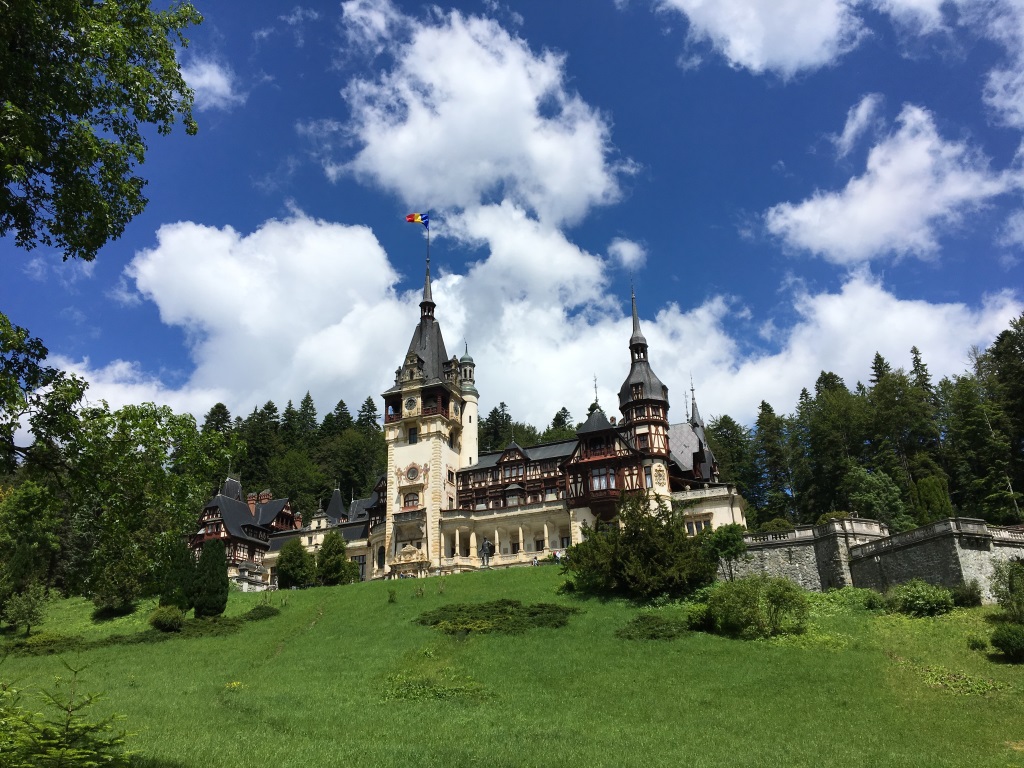 On the road to visit Castle Bran, the site best known as Dracula’s Castle, we stopped along the way for a warm-up that turned out to be the highlight of the trip. Peleș Castle was built as a residence for Carol I, first King of Romania, and blends myriad styles from across Europe. Craftsman as diverse as the architecture worked local raw materials to finish the richly-decorated interior. Construction began in 1873, making it by far the youngest building on the list. The complex is also home to several more impressive structures, including an entire mother-in-law castle, Pelișor (actually a residence for the king’s son and heir apparent).

Read more↗ about our stay in Bucharest

Trakai makes the list mostly for being surrounded by the world’s prettiest moat, better known as Lake Galvė. More than just a picturesque setting, it was the historical seat of power of the Grand Duchy of Lithuania until the capital was moved to Vilnius (itself home to an iconic castle called Gediminas’ Tower). The castle interior is a little on the dry side, with a mostly-empty courtyard and just a few museum exhibits scattered around. But Trakai thrives as a popular summer getaway. Paddle boats, sailboats, kayakers and paddle boarders soak in this bewitching brick castle from a unique perspective: sea level.

Read more↗ about our stay in Vilnius 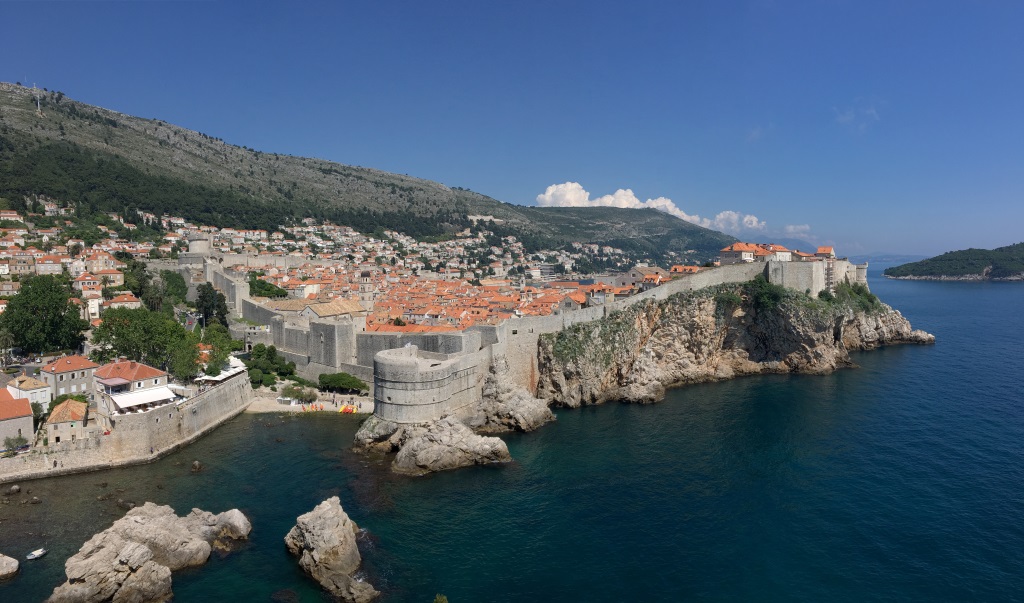 Is it cheating to include an entire city on the list? Dubrovnik survives as one of the most incredible fortifications of medieval Europe. It is guarded by a number of imposing holds and keeps, many of which would be the pride of an entire city by themselves. But Dubrovnik has them all to herself, jealously guarding a ring of impenetrable walls that on several fronts include sheer cliffs. In the center, a labyrinth of steep stair streets between identical red tile roofs. More recently it has gained new fans as a filming location for Game of Thrones (most notably as King’s Landing), an association the city has thoroughly embraced. The nearby island of Lokrum houses a monastery, botanical garden, and tower fortress, and its shores offer a panoramic look back on the walled city.

Read more↗ about our stay in Dubrovnik

Castle of the Moors – Sintra, Portugal

This could be the most castle-y castle that ever castled. Sintra is famous primarily for the colorful patchwork known as Pena Palace. But we found the ancient, sprawling fortification next door far more memorable. It was built by the Moors in the 8th and 9th centuries when most of the Iberian peninsula was Muslim territory. The complex is massive, and it ticks every box for a little kid’s dream castle: lots of space to run around, passages to explore, battlements to climb and arrow loops to peer through. Add in a stunningly beautiful setting and commanding view the Portuguese countryside, and this castle ranks above all others on our list and in our hearts.

Read more↗ about our trips to Sintra and Mafra