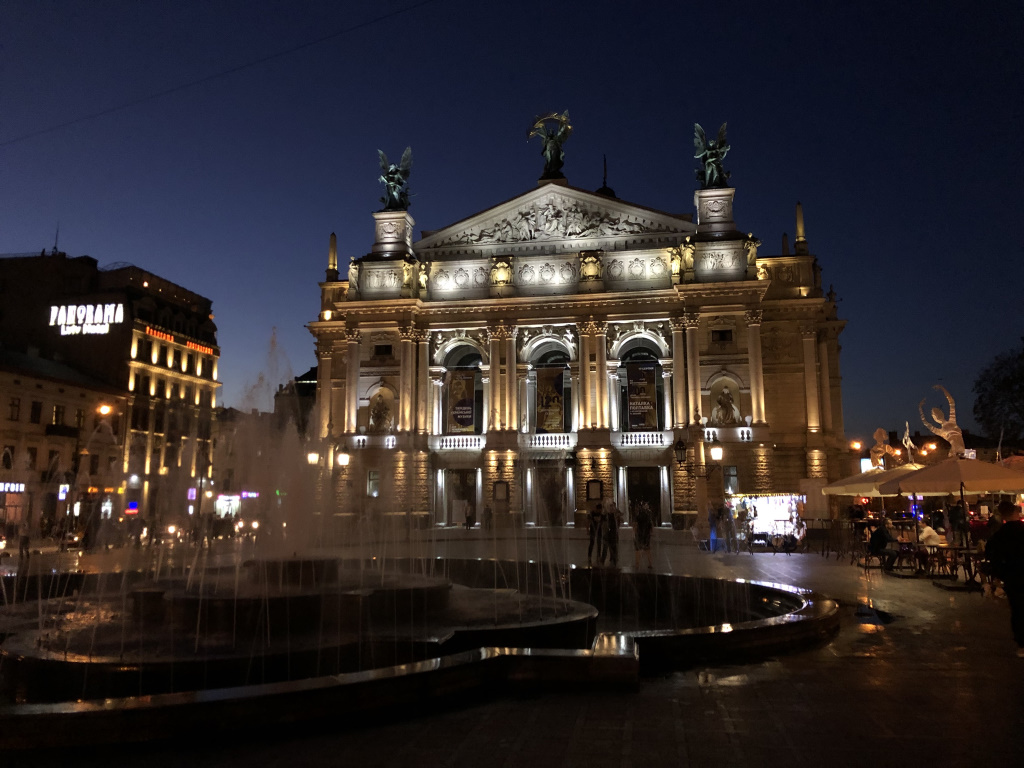 Despite all our time in eastern Europe, Ukraine eluded us. It was time to change that. One week in Lviv was plenty to take in the gorgeous old town, sample local eats… and move on. Though many travelers rave about the city, we were less impressed. Maybe it was our disinterest in the club and party scene. Maybe it was the ultra-touristy core that could have been teleported straight from Barcelona or Prague. It wasn’t the city’s Ukrainian-ness. Stepping off the busiest streets, we found plenty of charm just like we loved in neighboring countries.

As the second-largest country in Europe, there is plenty more to see when we return. Certainly Kiev will be interesting, and our ongoing genealogy research has given us new leads in the parts of western Ukraine that once upon a time were Poland. The ongoing crisis in Donbass felt a world away from Lviv, a reminder of the sheer scale of this land. In the end, a week’s stay wasn’t even close to enough to scratch this fascinating country off our list. But as for Lviv, let’s just say we got more than our fill of scratching. 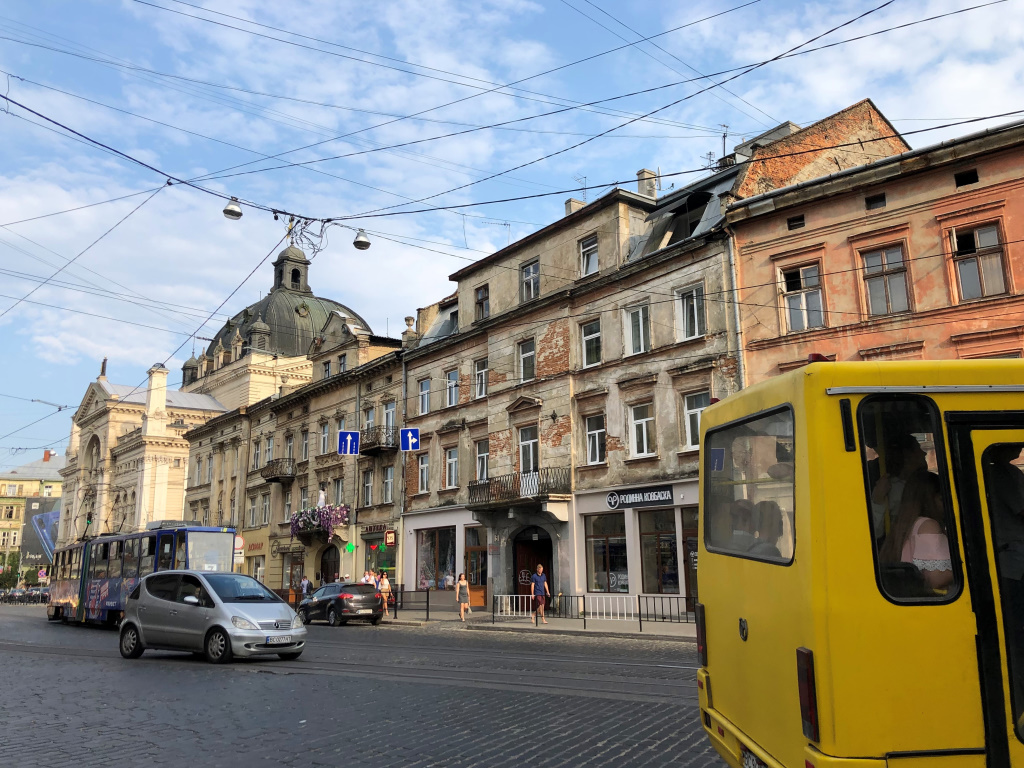 Our Airbnb↗ ended up being a questionable pick. At first, it seemed pretty perfect. Our host met us a couple hours early. The apartment was on the top floor one block from the opera. We were as central as could be to the Old Town and the Dobrobut Market was right nearby. For our one-week stay we had two rooms plus a small porch looking over a main thoroughfare. It was quiet (save for a little road noise). 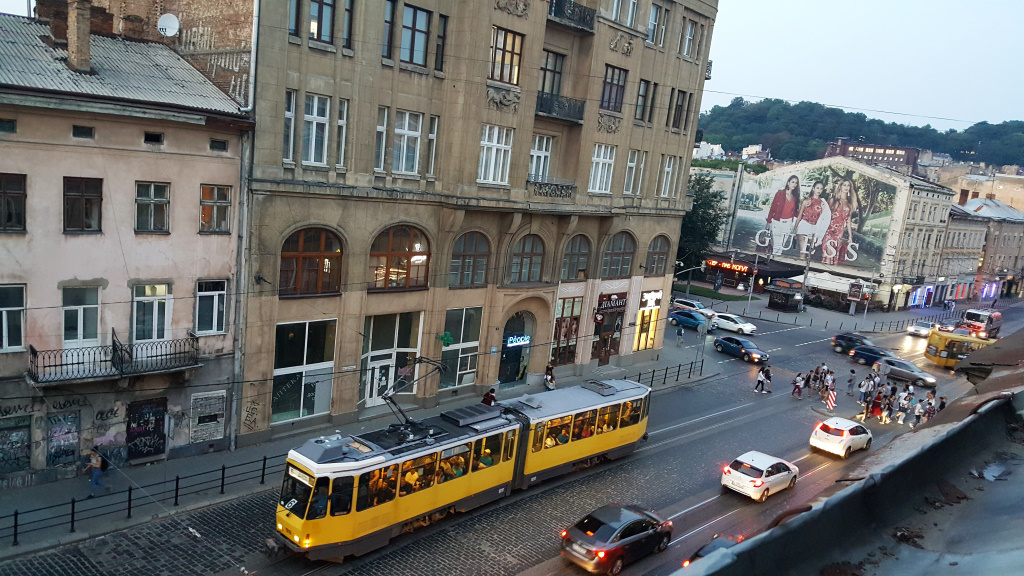 Unfortunately on our last day in town, after we’d already packed our clothes, we found fleas. We’d sussed a couple unidentified little buggy things a few days before and found bites on our legs. But once captured it was unquestionably a flea. Lovely. Shaking our clothes and bedding didn’t produce any others, but we spent the next few days furiously cleaning and paranoid about bugs. 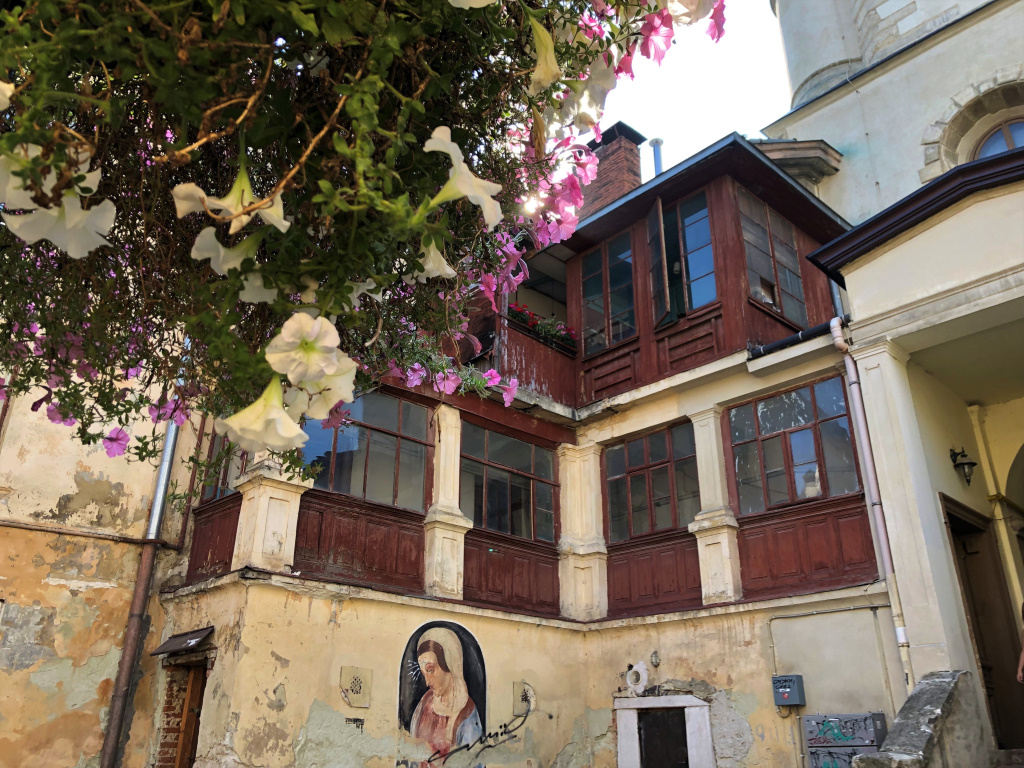 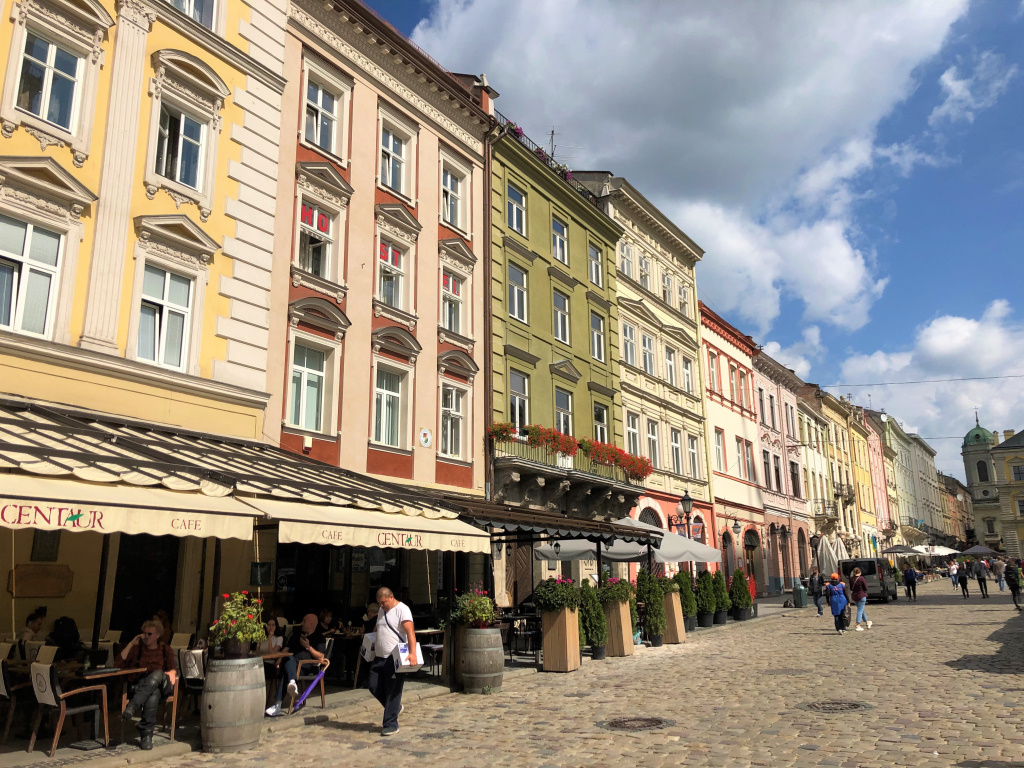 Most of Lviv’s charms are in the Old Town. The architecture reflects the city’s history as a trading center for dozens of culturally distinct groups. There were quarters for Armenians, Romanians, Austrians, Georgians, the Jewish diaspora. Each neighborhood constructed their own houses of worship and acted as mini cultural centers. The diversity resulted in a beautifully varied city. To get to know the Old Town quickly, we took a free walking tour. Because the buildings were mostly spared during the World Wars, a huge range of architecture from the mid-1500s onward survives. There are Orthodox Churches of all types, small remainders of the now-gone city wall, a few squares, and plenty of grand buildings-turned-hotels or -restaurants. It is very much a touristic area, catering to visitors more than locals. 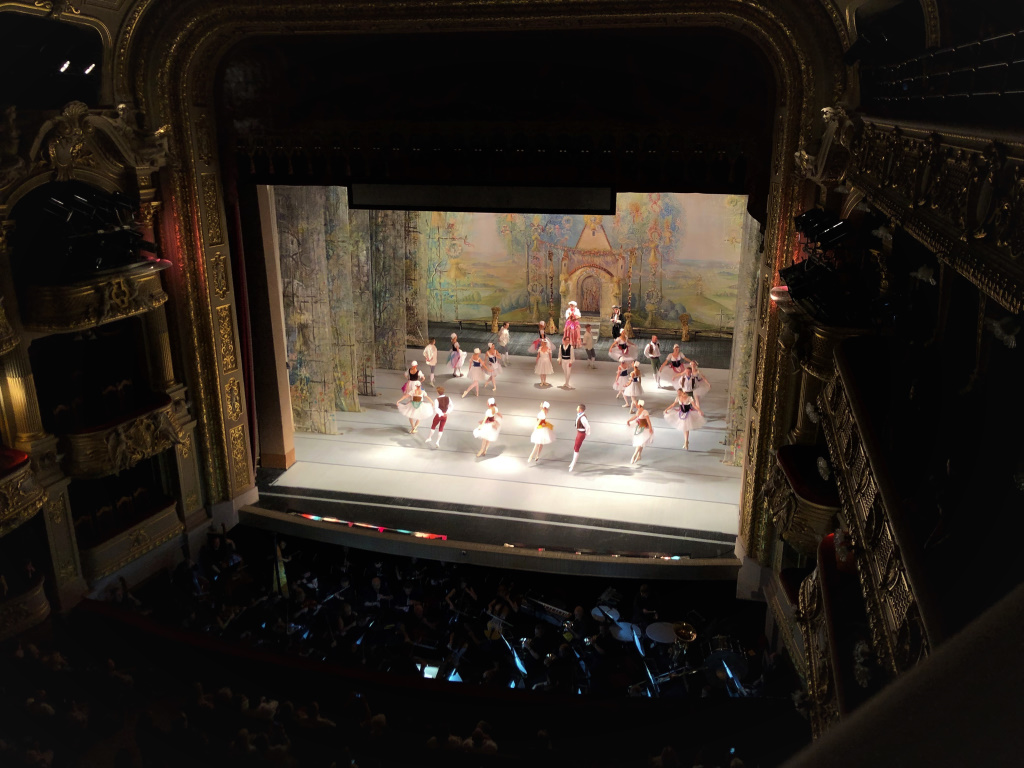 Lviv is known as a Ukrainian arts center and there are plenty of showcases for local talent. We bought incredibly affordable tickets to the Lviv Opera to see our our first ballet. The Opera building is spectacular. It sits regally at the head of the main pedestrian parkway, looking more like a capitol than a theater. Inside are sweeping staircases and flashy gold trim. Our upper balcony seats were not the best, but at least we could see everything, even the orchestra pit. The show was undeniably graceful and impressive, but in the end wasn’t really our cup of tea. 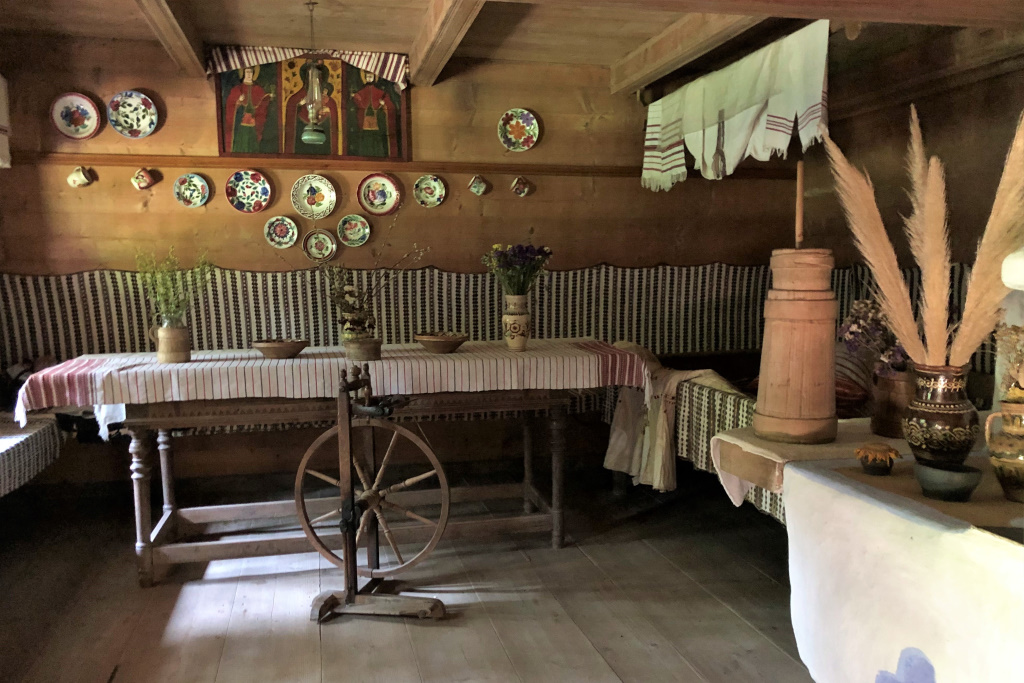 A short bus ride outside the center is the Museum of Folk Architecture. The beautifully-simple wood-frame constructions stand in stark contrast to the elegant 19th century architectures and crumbling 20th century apartment blocks that dominate the city and round out the difficult to pin-down picture of life in Lviv. The homes looked similar to many in the Village Museums in Romania↗, but the tri-stave churches were uniquely Ukrainian. Little touches also reminded us where we were. Hand-woven textiles, hand-carved tools, and hand-painted eggs called pysanka all told the story of a people that savored and celebrated beauty wherever they could. 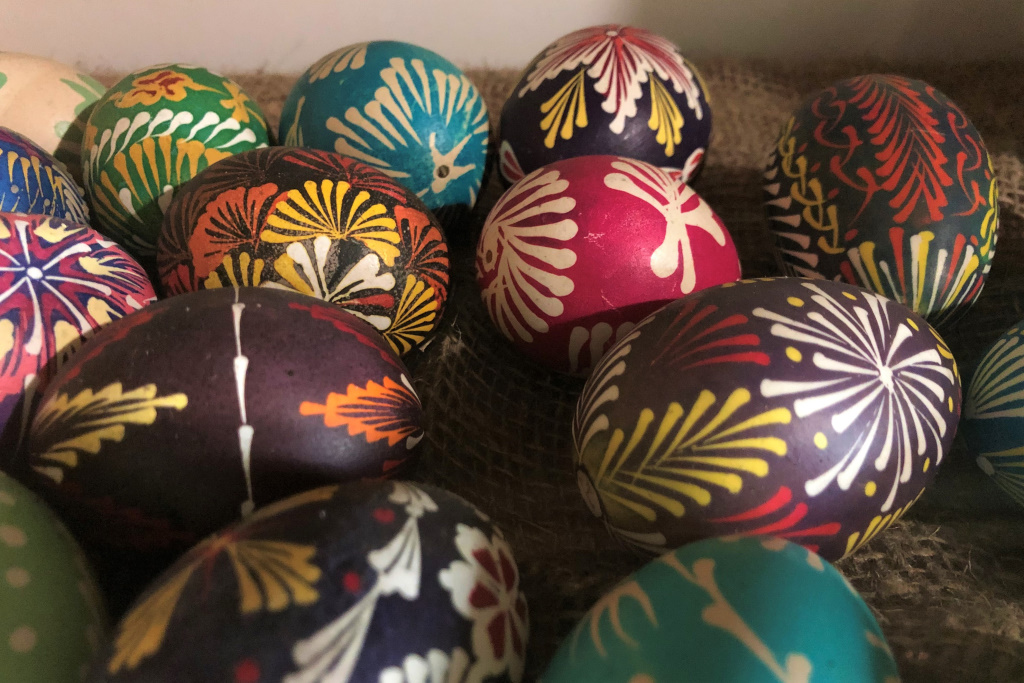 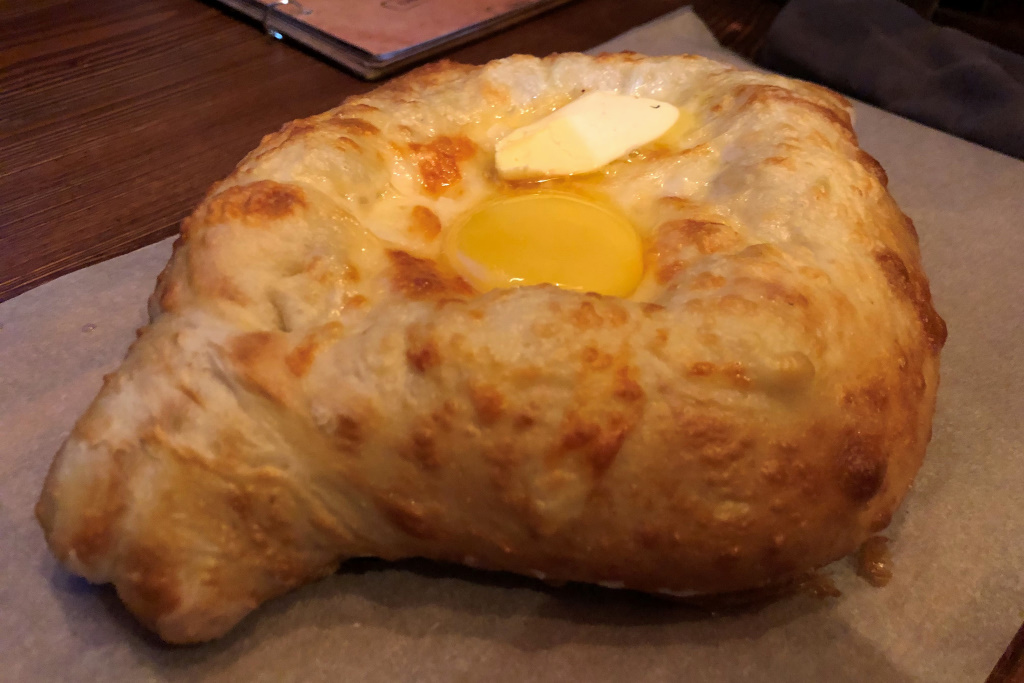 Any discussion of Lviv has to start with coffee. The city’s long-running obsession with the stuff is a source of fierce pride, and they boldly credit themselves with initiating Vienna’s cafe culture. Coffee shops are everywhere, but the best ones are tucked away in quiet, secluded courtyards, not streetside. Of course, where there is coffee, pastries are sure to follow. Bakeries everywhere pumped out warm breads and other goodies. We especially enjoyed an overturned icing-topped muffin, perfect for a shared snack.

Georgian food is a big thing throughout the former USSR, and Ukraine is no exception. Many bread stalls sell shoti, some even coming out of authentic brick ovens. But our craving was for the good stuff, the restaurants. We dined at Tamada. Adjarian khachapuri and kharcho soup later scratched our itch (one of them, anyway). It wasn’t Tbilisi↗, but it was a solid stand-in. 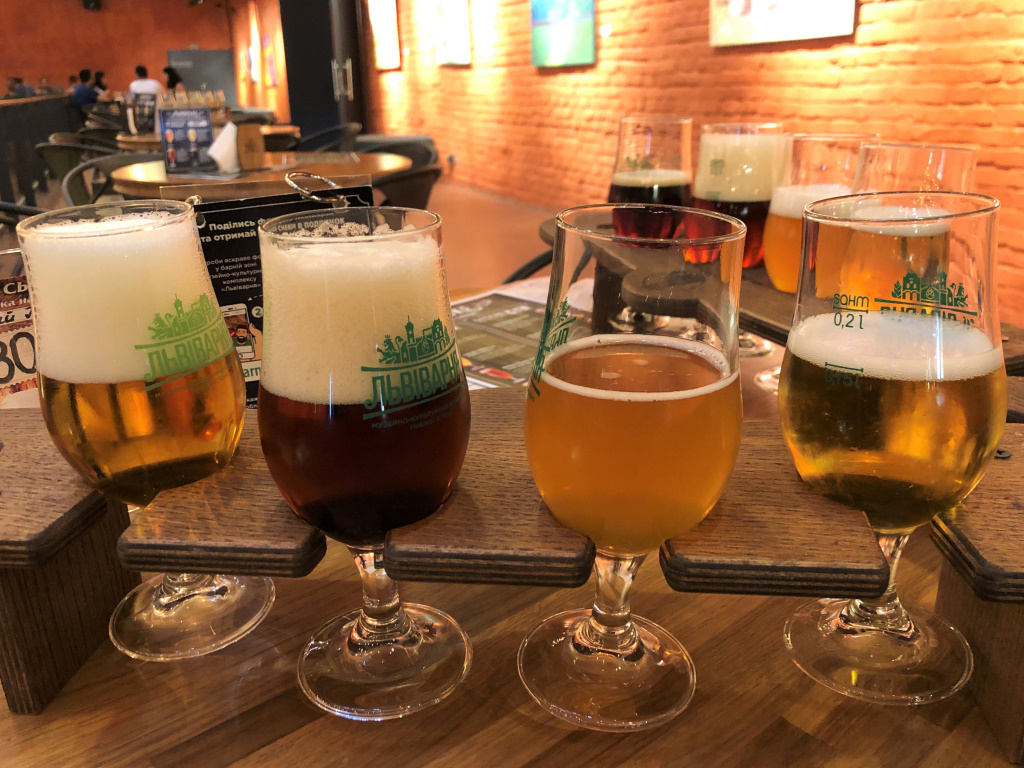 Some parts of Ukraine do produce wine, though they’re not exactly known for it. Certainly it didn’t compare to the stuff we already missed leaving behind in Moldova↗. Ukraine is squarely in the vodka belt. But in Lviv, the drink of choice is beer, thanks to the long-standing institution that is Lvivske. Their landmark brewery is now home to the Beer Cultural Experience, a museum of Lviv’s brewing history. And tasting room. Flights of four beers are less than $2 and a good way to get the gist of the lineup. Another great place to sample is at Good Friend Craft Bar.

We tried new snacks that we though would go with beer. We were wrong. They don’t go with anything. Least of all the crunchy crouton-like bread bites. This was not a good week for junk food. 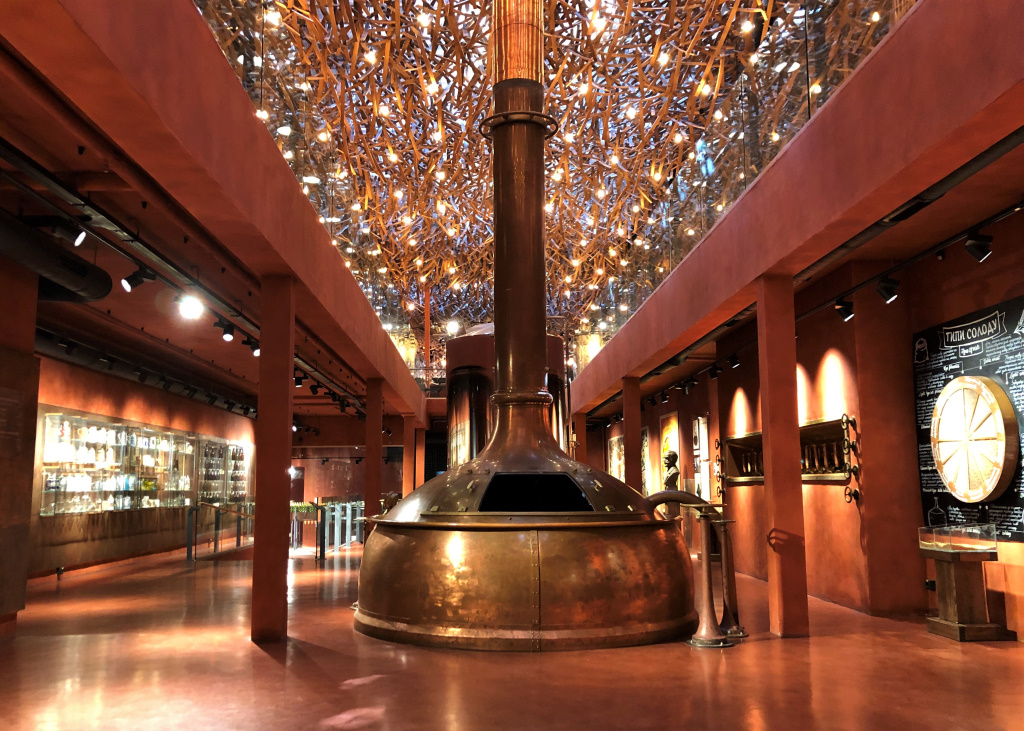 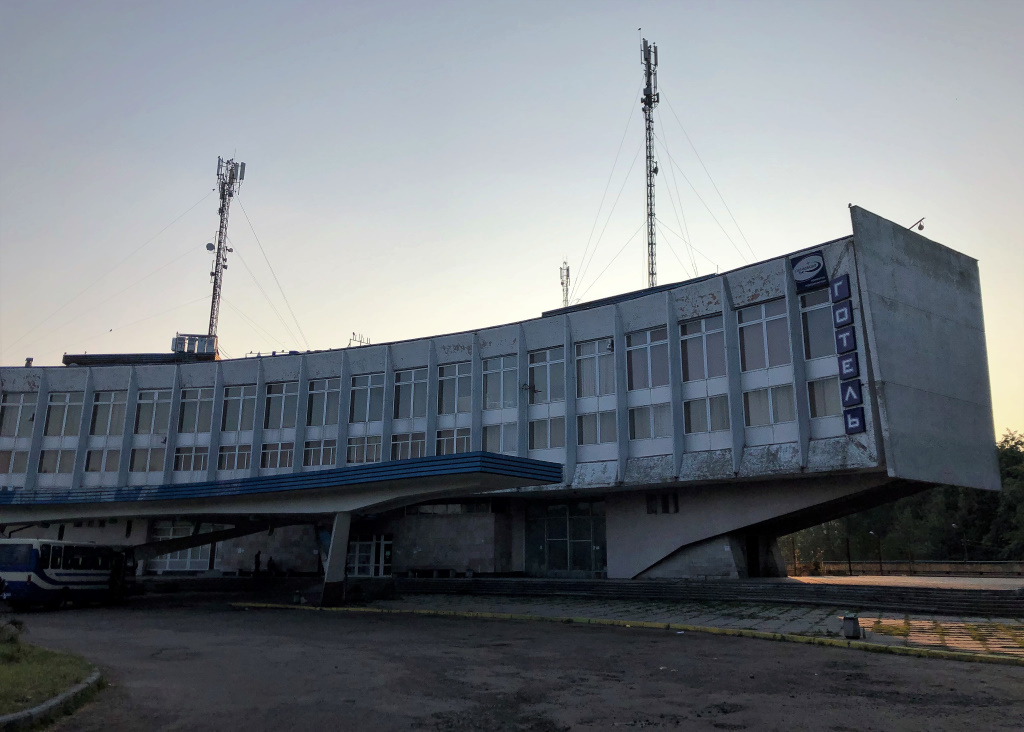 Our bus from Chisinau↗ arrived to the Striyskyi Bus Station, south of the city center. Though scheduled for noon, we made excellent time overnight and pulled in before 7 a.m. This meant a good bit of waiting for our hosts to ready our apartment, and with pretty much nowhere open to wait, but we didn’t mind. It was a welcome relief after the nightmare bus ride. The pair of women in front of us threw their seats into us in the first moments of the ride and didn’t let up until the last, pinning us in all night with no room at all to relax. It was easily the most uncomfortable bus ride of our lives.

To get downtown, Bus 3A connects Striyskyi to the center in under half an hour. Like other buses, it costs UAH 7 ($0.28). Buses and marshrutkas are vivid yellow and can likewise be very crowded.

Though plenty of transit goes to the airport, our early flight time made Uber↗ more convenient. For less than $10 we snagged extra sleep and less luggage lugging. And some honest-to-goodness legroom. 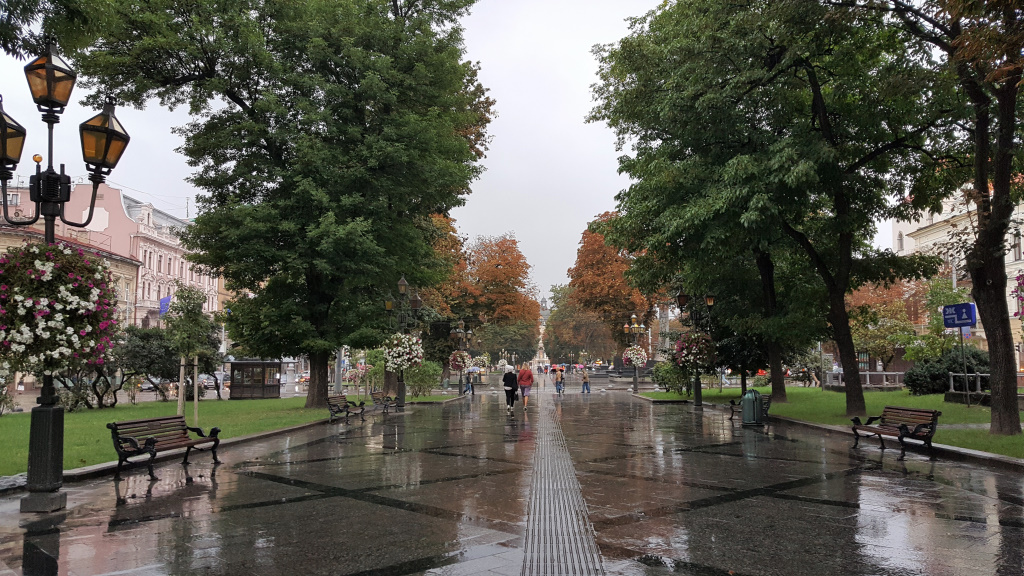 The country’s name is Ukraine, not “The” Ukraine. In fact, the Ukrainian language does not really have an article (the/a/an) equivalent. The “the” is a left-over from the Soviet era, a way of delegitimizing the country as just a region of somewhere else, like saying “the Midwest” instead of a specific state (but much more offensive). Don’t do it.

Our SIMs↗ for the week came from Lifecell. For about $6 we got a SIM, 7 gigs of data, talk, and text.

Recent-ish news from Ukraine has focused on the annexation of Crimea by Russia, the war in Donbass, the Euromaidan protests, the election of comedian and actor Volodymyr Zelensky to the Presidency, and now scandal with the US President’s requests for investigations of his political rivals. An unfortunate consequence of being a valuable land next to a powerful and controlling neighbor, Ukraine is a place where decades of history happen every year. Even during our one week in Lviv, a long-awaited exchange of political prisoners took place between Ukraine and Russia.

Ukrainian is written using Cyrillic. This makes a challenge to sound out words. But once past this handicap, the language is similar to others in eastern Europe and it’s easy to get by with vocabulary we picked up in Poland, Croatia, and elsewhere.

This is one of the very few countries in Europe where the tap water is not considered potable. We had to lug heavy jugs of bottled water home, another reason a week stay was plenty for us.

After Chisinau, Lviv felt hectic and crowded. Our “short” week-long stay in such a crucible of vacation vibes really put into perspective how we’ve changed over these years of travel. The unique differences of each land grow softer and more subtle as we recognize more threads of connection within and between each country. They begin to form a tapestry, interconnected and gradual, and it no longer makes sense to try and categorize traits as distinctly one corner or another. I think we will be happier to simply share the little observations and pleasures that make life worth living. 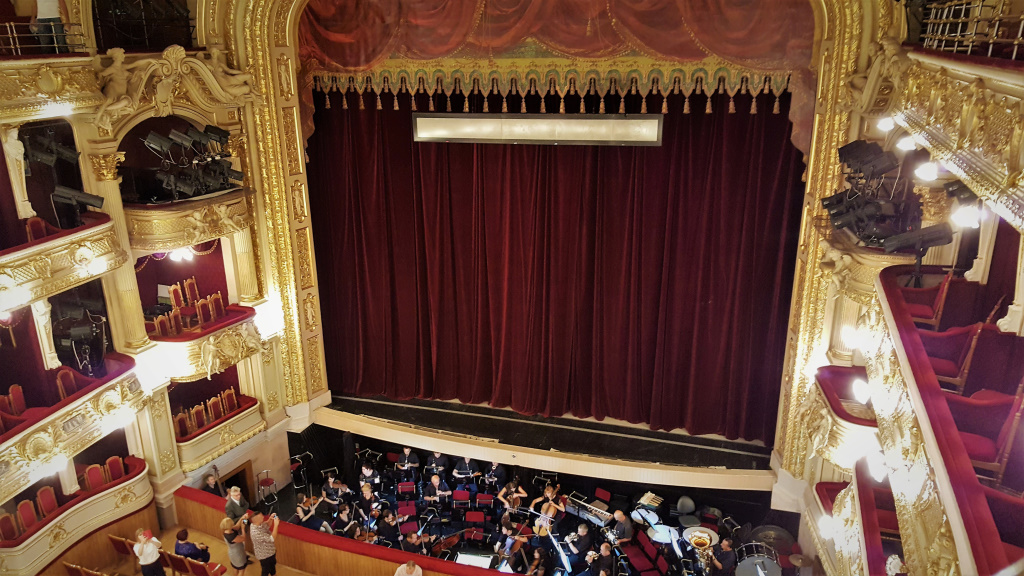