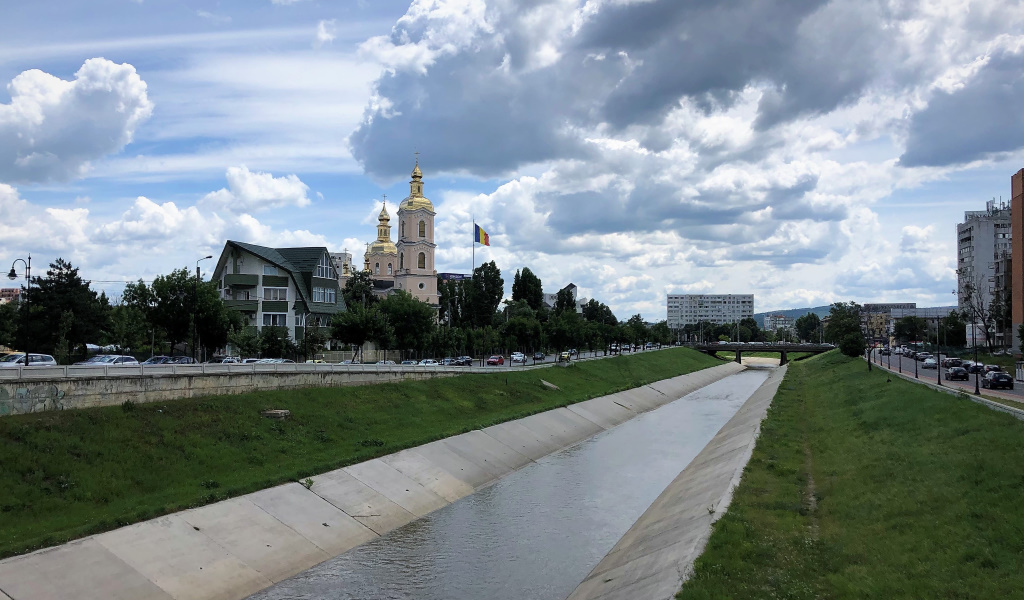 Our big question after Cluj was whether we should go east, or west? Serbia and Croatia were tempting targets, but the convoluted connections were a drawback. Instead, we settled on a simpler journey through eastern Romania toward Moldova and Ukraine. Iași (pronounced ‘yash’) was the logical next choice. Romanian trains are far from luxurious, but we couldn’t pass up a scenic, convenient, and cost-effective opportunity to ride the rails through the Carpathian Mountains. It sure beat a busy day at the airport or expensive private transfer, anyway. Iasi, in the far northeast corner of the country, is a university city like Cluj – tolerant and welcoming of outsiders. Moreover, it is revered as the official cultural capital of Romania. While it ultimately wasn’t quite as charming as we’d hoped, it was still a nice enough place to stay, neither raising nor lowering our opinion of this lovely little corner of the world. 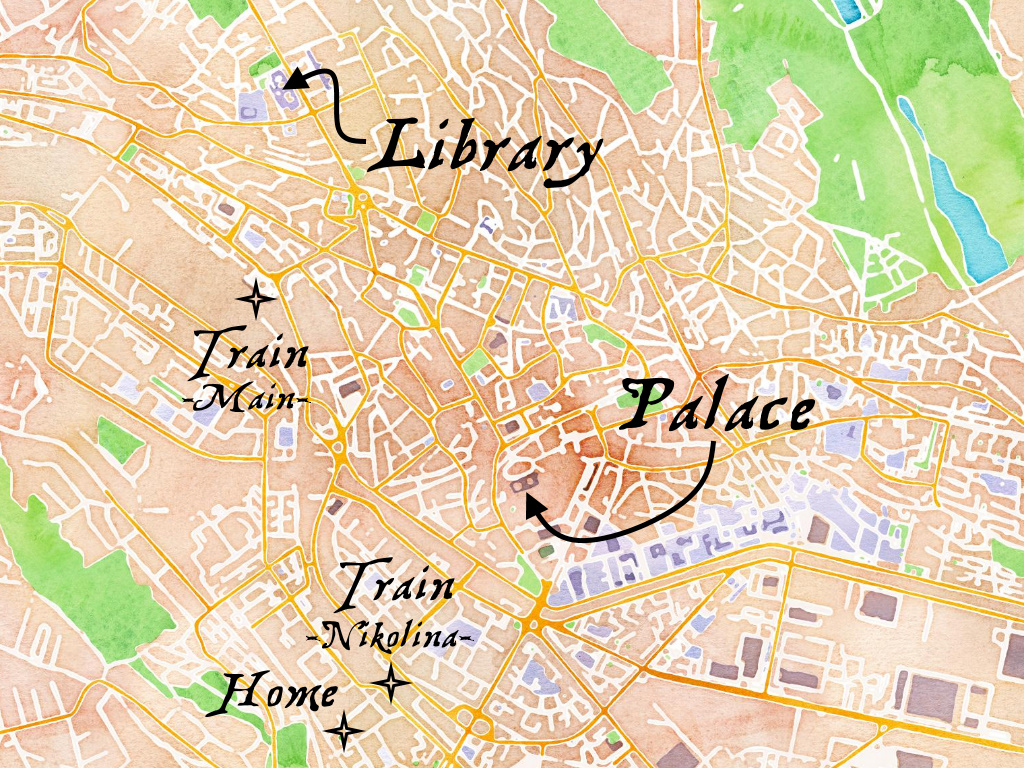 As we nearly always do, we booked via Airbnb↗. The apartment in the Nicolina area of town looked great online. In person it was more… mediocre.

It was spacious as it appeared – living room with a sprawling sofa, bedroom with a walled-in porch, dining room with a second couch, small kitchen containing basic utensils. Our host was communicative, providing codes for the key box when the one on the listing didn’t work and helping us locate the ventilation pipe for the air conditioning. Thankfully we did have access to A/C – our host asked us to pay extra if we used it, though. We rarely did. Some days reached the mid-90s and our unit sat on the very top floor of a concrete apartment building that acted like a giant insulator.

Other downsides? Wow, bugs everywhere. The apartment had been shut up for a while. Once we opened the windows (thankfully screened), our attention turned to crawlies who viewed the space as theirs. Dozens of small spiders overran the kitchen. We smushed away, only to discover they’d been feasting on flies and teeny springtails. Other creepers preferred our sinks and shower. Great. Wonderful. Tiny baby roaches showed up occasionally – usually dead, but where were they coming from? Potent insect-slaughtering spray and a bug-repelling diffuser helped. A few mosquitoes still made their way inside. Fortunately Buenos Aires↗ and La Floresta↗ had made us experts at dispatching them. The microwave lit up and buzzed but failed to warm food. And a layer of dust made everything feel icky to the touch. We rolled up the area rugs, too dirty to walk on, too large to launder, and scrubbed the place down. That made it a touch homier. But in the end, this was one of our worse Airbnbs.

The Nicolina area was about a twenty minute walk away from the Palace of Culture, and nearly completely residential. The blocky, gray apartment buildings made it feel a bit bleak, but the streets were all tree-lined and the area quiet. In addition to larger grocers further away, most streets had a mini-market with the basics. Small playgrounds dot the town, sometimes with adorable hand-driven carousels. 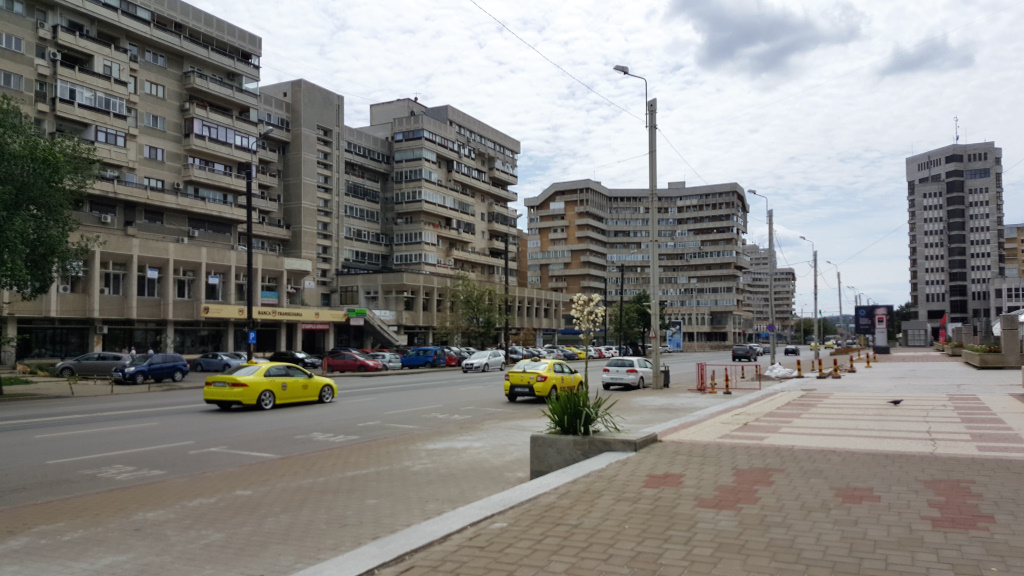 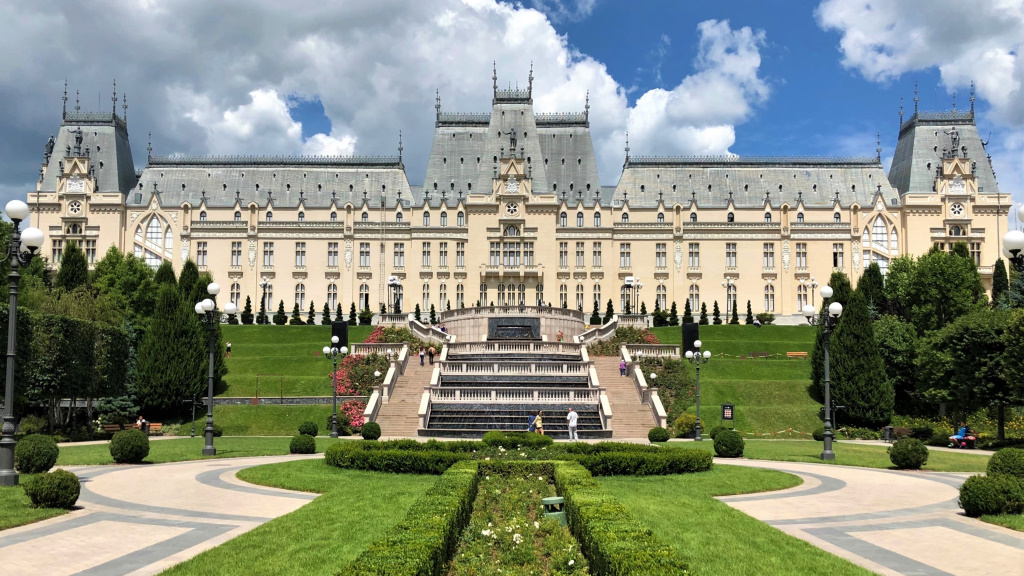 The heart of Iași has to be the Palace of Culture. This massive and beautiful building holds multiple museums and is the middle of the new city center. Just across a park and plaza is the Palas Mall and new office buildings. Behind it is the beginning of the Bulevardul Ștefan cel Mare walking street. Even without setting foot in the museums, the building is worth a visit. There are statues of eagles, gorgeous mosaics, and wood-accented rooms displaying the Romanian rulers and panoramas of the city. The art museum had plenty of modern pieces on display (some created this year!), but half of it was closed for renovation. Our favorites paintings contained multitudes of penguins, black-and-white blurs, and square-headed teachers. Outside, the square is a perfect place for noshing on a langos from La Ciambella. Down Stefan cel Mare there are plenty of restaurants, a small outdoor market, art galleries, and some grand architecture. 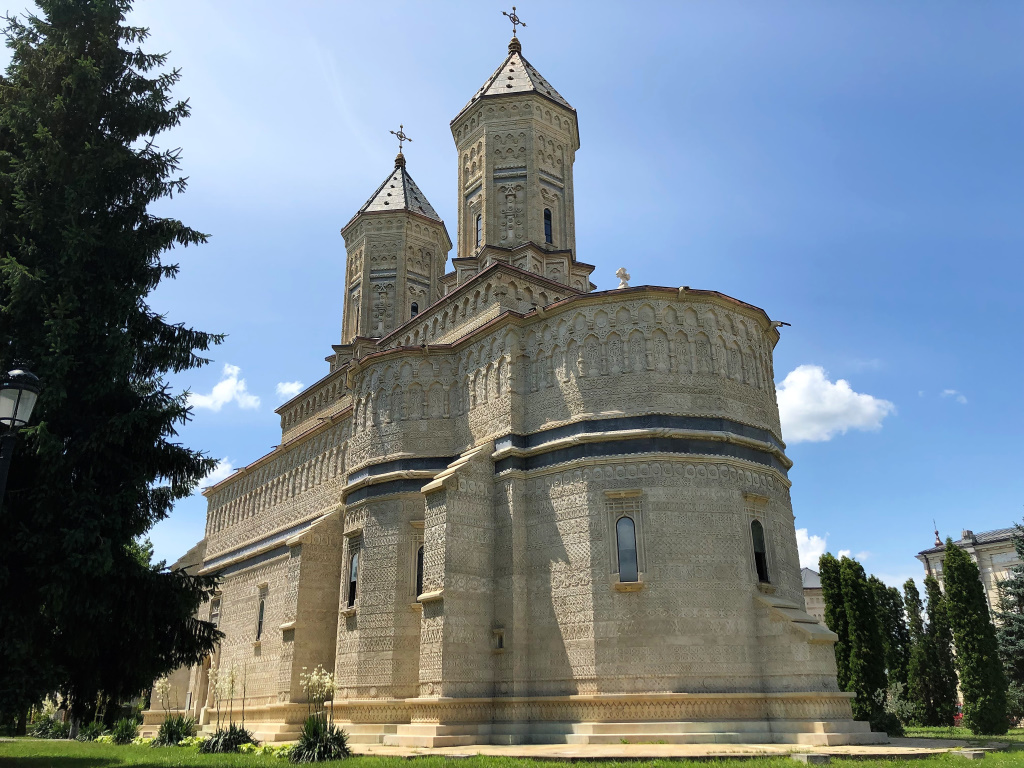 The street also has plenty of churches, including the Metropolitan Cathedral, the Three Holy Hierarchs Monastery, the Church of St. Nicholas Domnesc. The monastery’s exterior rises in intricately carved layers, each a unique but part of a harmonious whole. Across town on a low hill is Galata Monastery. It served as a stronghold and occasionally as a home for royalty. Though internal fortifications are gone, the outer wall remains along with a massive front gate. Nuns, too, still remain to care for the property, though they can get pushy soliciting ‘donations’ from visitors to the church. 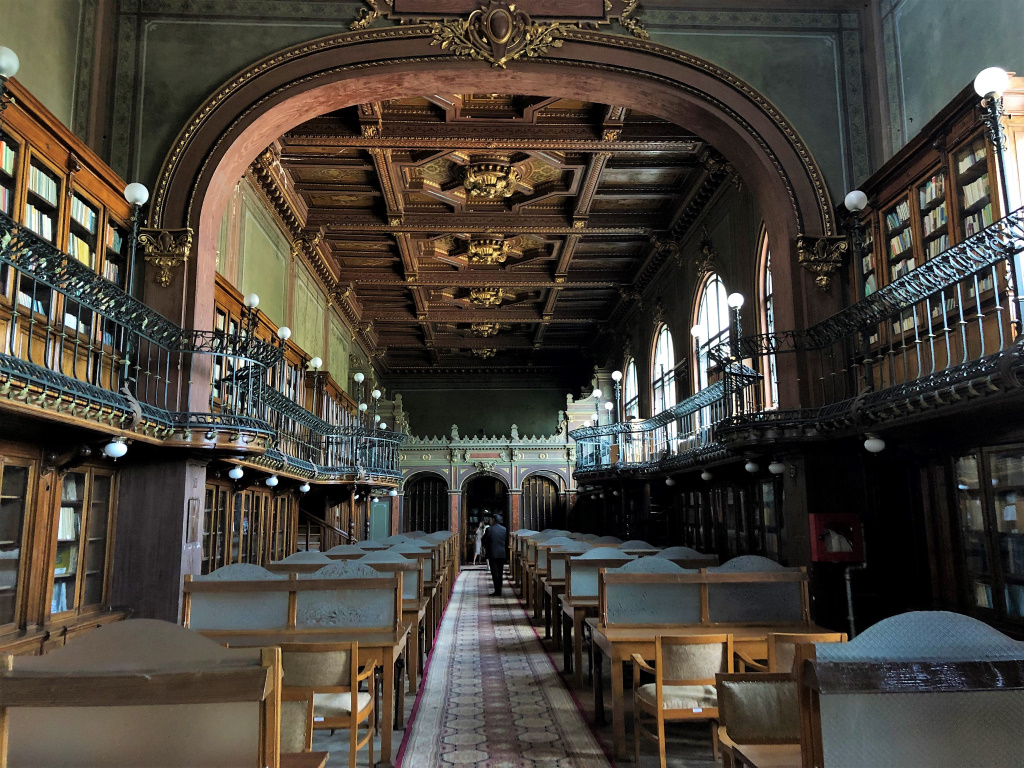 The hidden gem of Iasi has to be the Gheorghe Asachi Technical Library. This beautiful reference room is a good trek northwest of the city center, part of one of the city’s universities. It’s not that easy to find tucked away on the second floor. But luckily a security guard was happy to point us in the right direction. It’s a cozy and homey place, with wooden ceilings and shelves and even a dusty old card catalog. The main hall splits off into small balconies above the street and a century-old lecture hall. The librarians seem amused that their facility has become a modestly-famous tourist attraction and welcome all comers with a guest book and souvenirs (printed-off quotes about reading and ‘tickets,’ though admission is free). Back on the ground floor, there was a fantastic display of student artwork commenting on classic paintings with modern cultural twists. 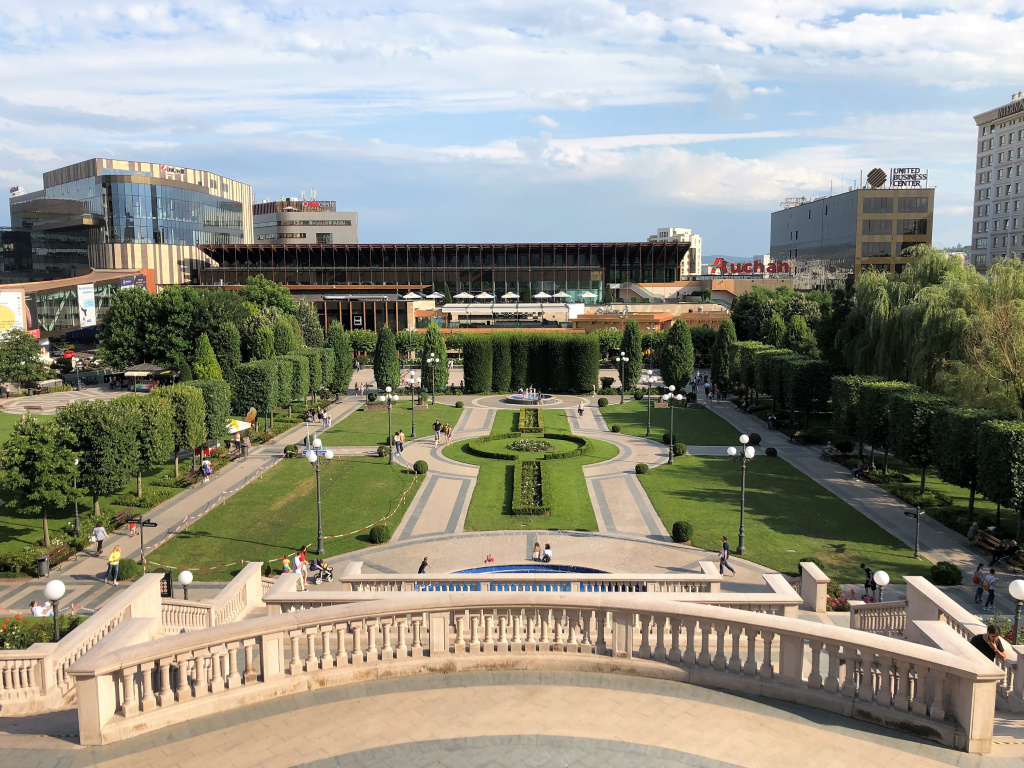 Shifting from one corner of Romania to another doesn’t change the culinary landscape all that much. Again this month we noshed on goulash, duck, mici, and baked chicken (hooray for functional ovens!). Eggs come in twelve packs, but also in cardboard flats containing dozens, and the latter is much cheaper.

For snacking, we had Chio crackers and pretzel mix. These little crackers go well with just about any dip – cașcaval cheese, caviar, ajvar, zacusca, peanut butter. And we finally located an actually quite spicy hot sauce, Harangos Pista. We sampled Chio’s crunchy peanut caramel donuts, but they fall flat compared to their savory items. Pringles has been introducing new rice-based flavors like Peking duck. Langos places are frequent, and some are truly amazing with sweet cheeses or mozzarellas inside. Yogurt often comes in kilo-sized tubs, but never in vanilla. We bought a vial of vanilla to mix our own. Goat yogurt has a decent presence in groceries, but we didn’t enjoy the flavor. All of these things came from Auchan (giant), Kaufland (cheap), Lidl, or Penny Market (smallest selection). 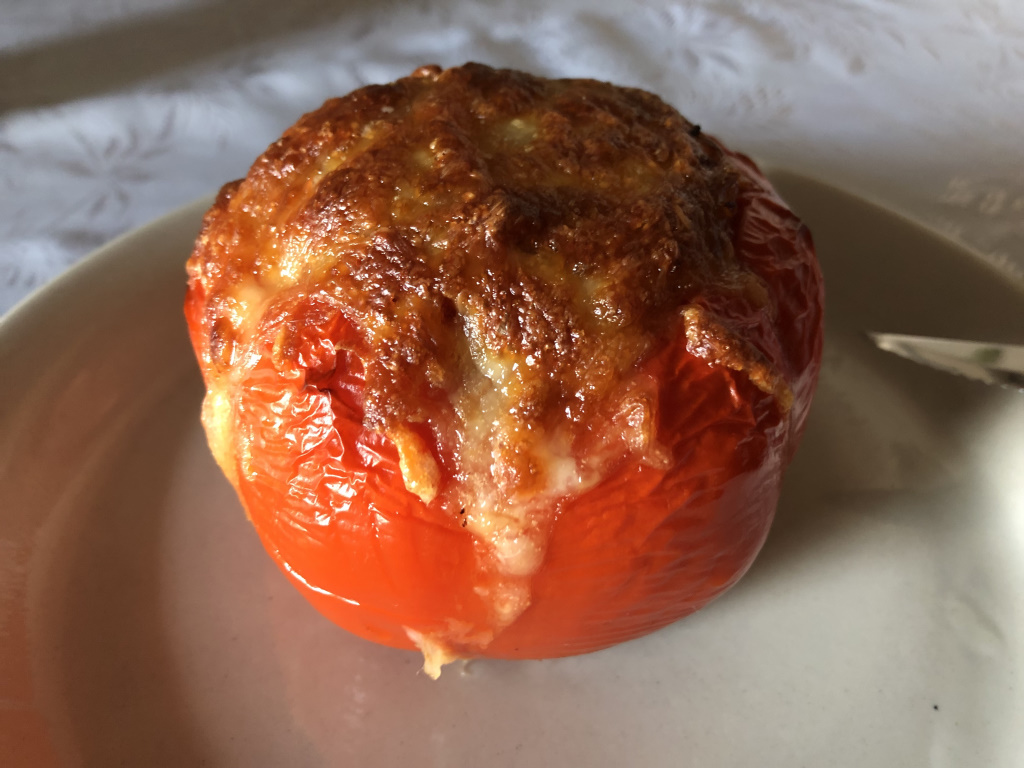 Iasi has plenty of streetside bakeries for quick snacks. The best was langos from La Ciambella in Palas Mall. About half a dozen types were always available, and if we timed it right, piping hot from the oven. McDonald’s was selling McRibs, but without the American-style BBQ sauce. Instead, Romania’s version was topped with some kind of mayo-like alternative that was actually better than the original. A cheeseburger from Frankly at the Palas Mall was pretty good by Balkan standards.

Wine was average – we had a few good local, dry reds and a few less good ones. The further east we went in Romania, the more Moldovan wines we found – generally a good thing.

In our last month in the country, we finally discovered a beer worth loving, Capra Noastra’s Triplă. It fell somewhere between a saison and a triple. Sara, which we first sampled in Timisoara, could be found in shops. Sapte Coline beer is another decent option. 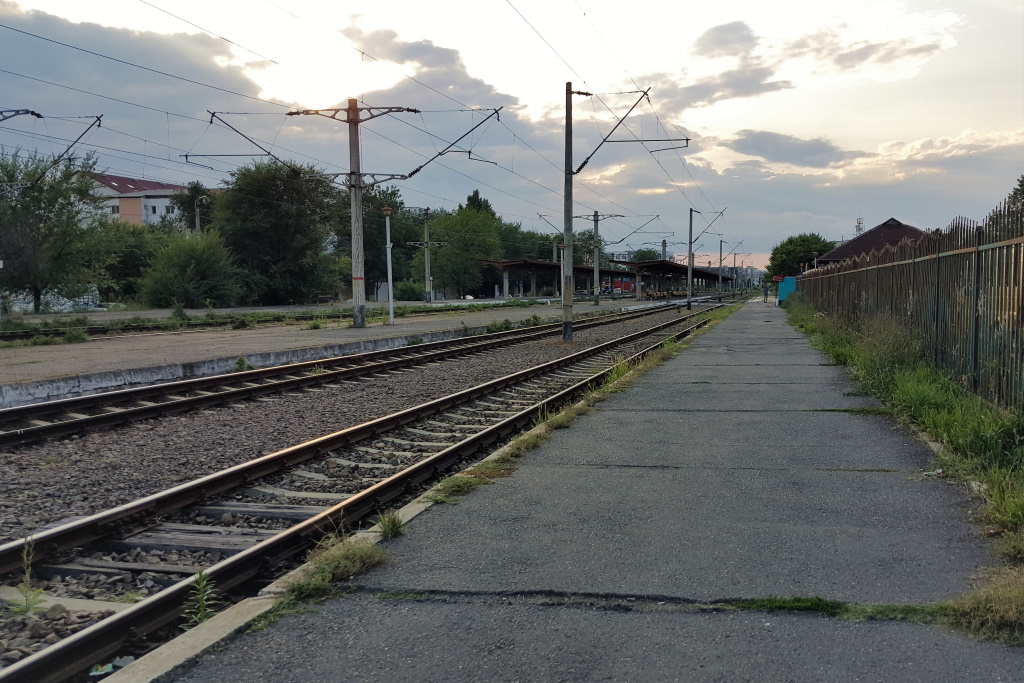 We arrived in Iasi via train from Cluj-Napoca↗. The trip took roughly nine hours, though the cities are just 305 kilometers (190 miles) apart. Buses aren’t much faster. This is because ground-based transportation has to wend its way through the Carpathian Mountains. Honestly, the views were worth the slow travel time. Our train passed dozens of small villages, fields with farmers hand-scything hay and grass and building traditional haystacks, up through mountain forests, by lazy rivers. Trains can be booked through the CFR↗ website. Bus schedules and prices can be found at autogari.ro↗.

Uber↗ is available in Iasi. We attempted to order one car, but the driver kept stalling (presumably baiting us to cancel to collect the base fare without actually having to drive us). It sort of worked – we cancelled, but tattled to Uber and got our money back – and simply walked instead.

There are plenty of local buses and trams. Tickets cost 2.5 lei, and can be purchased from small green kiosks or ticket machines at larger stops and some shops. This map↗ identifies sales locations, though many kiosks are open odd hours. We took a longer-distance marshrutka to Chisinau, Moldova from the main station for less than $10. Naturally, a large number of Romanian destinations are equally reachable. 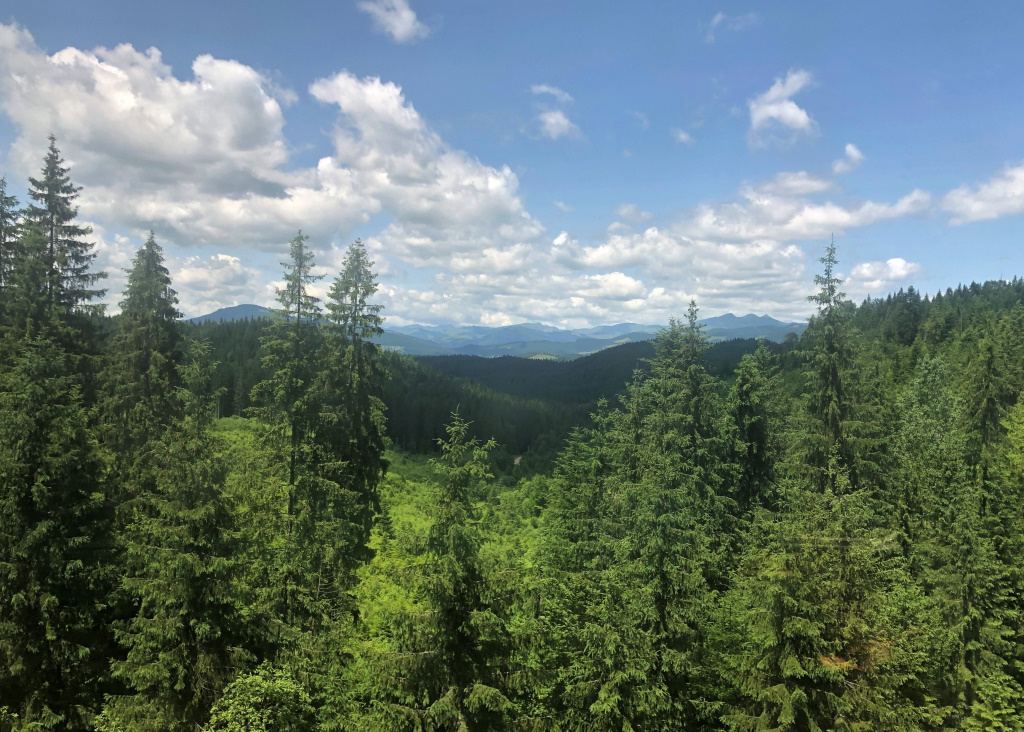 This month’s SIMs↗ came from Vodafone. For under $7, we received SIM cards and a ridiculous amount of data plus talk and text. The SIM worked seamlessly with our Android device, but our iPhone refused to recognize the internet. After a ton of research we pieced together that it wasn’t solvable on our end and requires a backend reset on Vodafone’s part. This should be handled easily at most stores, though our local kiosk foisted us off on an actual brick-and-mortar chain.

Stray dogs (or dogs that are minimally owned) can be a problem in some areas of town. Most aren’t bothered by pedestrians, but a few growled at our presence and one followed us for a short while. We swung out of our way to avoid it, but when we passed by again on our return it seemed completely indifferent to us. So it really depends. Most nights we also fell asleep to what sounded like entire legions of dogs barking back and forth in the countryside. 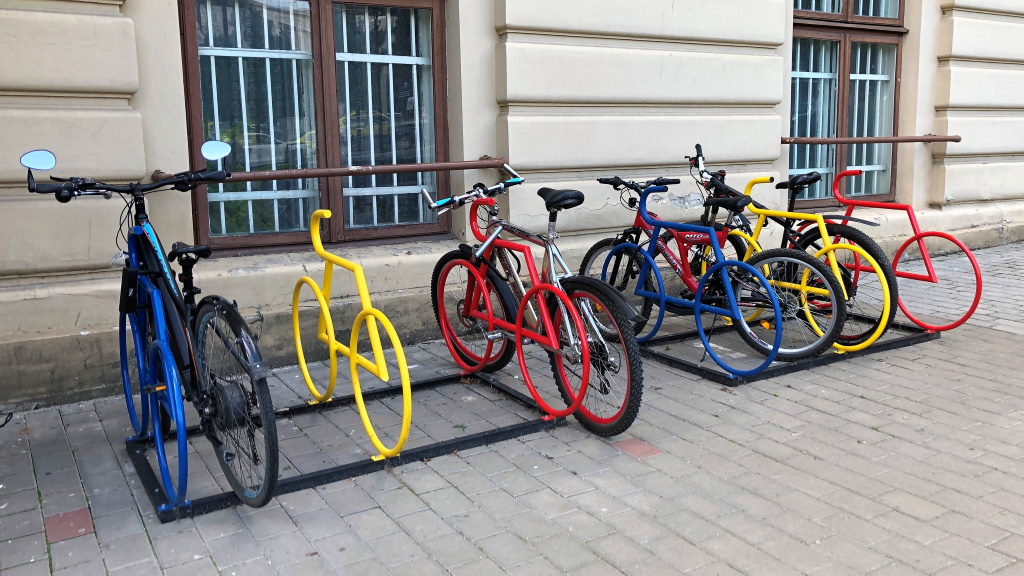 We think we’d have been happier on the northwest side of the city, nearer to the universities and greener spaces. The cozy cafes and bars added to the positive atmosphere. Our overall impression of Iasi was somewhat bleak, but for nicer accommodation in a better part of town that may not have been the case. 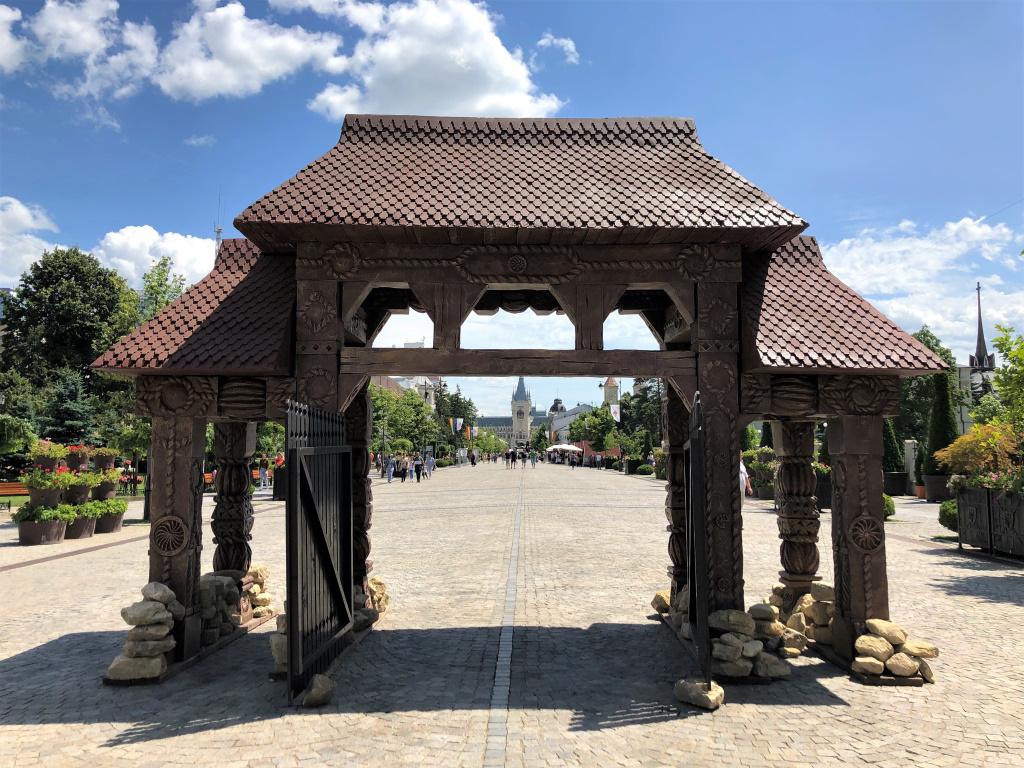